Sheffield mothers are happy now that pregnant women can take a partner with them to 12 and 20 week scans.

Since last year, women have had to attend scans at the Jessop Maternity Wing of Sheffield Teaching Hospital without a supportive partner due to coronavirus restrictions, leaving many expectant mothers feeling worried and disappointed.

The announcement, made on Thursday, has been widely welcomed, with mothers who had to attend scans alone speaking out about the fear they felt.

Prior to the new rules, many mothers worried they would find out something was wrong at their scans and then have to hear the news alone.

Single mother, Hollie Parker, 23, who gave birth to her first child in October, said: “It was scary thinking if something goes wrong I’ve got to be there by myself.”

This view was echoed by other mothers who said they felt more anxious and stressed about attending scans on their own in case they were given worrying news.

Victoria Cobley, 34, who had her second child in November, was admitted to hospital immediately after a scan showed her baby’s growth had slowed. Being alone made the process more stressful than it usually would have been.

However, Mrs Cobley praised the staff at Jessops saying: “The care and support from Jessops was amazing and that made me feel less apprehensive.”

Other mothers who were disappointed by the lack of support they could have at scans have also praised the maternity staff for the extra care and attention they received.

Charlotte Buchanan, 33, said: “The stenographer took a bit longer to show me my baby and tried to spend a little bit more time to reassure me.”

Despite the level of care they received, women still feel that their partners should have been included in scans, and felt the change in policy in the past week showed the previous rules should not have been so strict for so long.

Miss Parker said: “When pubs reopened and people still weren’t allowed to go to scans, that was a bit unfair.”

Hannah Raine, 31, a first-time mum said: “It’s completely ridiculous because nothing has changed between then and now with regards to the infection risk. They were unwilling to see the importance of partners being there.”

Mrs Buchanan added: “I’m really pleased they’ve got around to doing it but I feel my partner would have felt more involved if he was allowed to come with me. In the long term it would have been nice to have been able to share that lovely experience with him.” 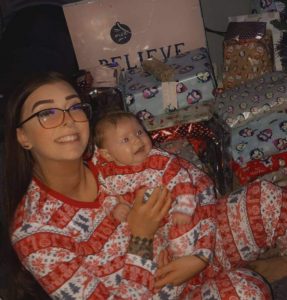 Hollie Parker with her daughter Ada