The night-time economy has suffered nationwide but how have Sheffield’s pubs and bars coped during the pandemic?

Huddling around bars for tepid pints, spending loose change on fruit machines, dissecting the day with friends – these once everyday pleasures have become distant, pre-COVID memories. 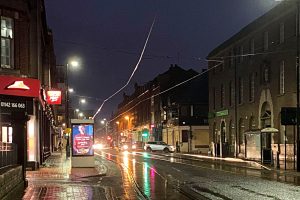 The humble get-together has become a fantasy amid multiple lockdowns and restrictions, forcing the nation’s pubs, bars and clubs to close their doors for large chunks of the last twelve months.

Following the easing of restrictions in Summer, a dramatic resurgence in COVID cases during September and October dampened any hopes of a potential return to normal for the night-time economy.

Sheffield spent a long spell in Tier 3, which meant the hospitality sector had to close its doors, either-side of a second national lockdown in November until a third was imposed at the start of January.

Despite the success of the vaccine rollout and falling cases, there is still little sign of a return to normal for the city’s bars and pubs.

In light of this uncertainty, UNIGHT, a group that represents Sheffield’s night-time business community have launched an appeal to central government to waive business rates taxes as they fear many of the venues they represent will not survive.

The appeal, which is being championed by UNIGHT’s chair and landlord of the city-centre Frog and Parrot pub Nick Simmonite, came after local councils were given powers to extend the lockdown on hospitality venues into July.

The Sheffield branch of CAMRA, the UK consumer group that has long campaigned for the nation’s pubs and wider night-time economy, is backing this appeal. They say that the sector has been the hardest hit during the pandemic.

CAMRA have argued that the pub and bar industry is suffering more than others despite the sector investing heavily in COVID-secure measures such as reduced capacity, social distancing and table service apps.

A spokesperson for the group explained how the damage to the industry has been collateral with other services suffering in turn. “The impact of restrictions on pubs, and clubs is felt beyond those businesses too.”

Suppliers such as breweries and food companies have lost their customers and then there are DJs, musicians, security staff, light/sound engineers, taxis and more are losing work.

“A big complaint from many is inadequate support from government, most people running these businesses are happy to accept the need to do the right thing to get us all through the pandemic safely, but at the same time need adequate compensation to survive.

“Some businesses haven’t even qualified for any meaningful support whilst those that have found it didn’t cover the cost of staying closed.” 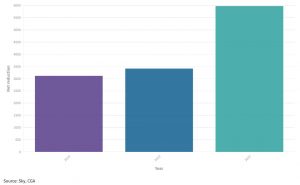 According to figures published in a Sky News report in 2020 there was a national net reduction in licensed premises of 5,975, a 175% increase from 2019.

Indeed, while there is no exact figure, Sheffield has seen a number of premises close permanently in 2020.

Tony Singh, the director of West Street bar and restaurant Bloo 88, has encountered a number of difficulties with operating during the pandemic.

“We’re all struggling. The government grant we have been given only covers about 36% of the costs and for some of my members of staff the furlough money is not enough.”

Mr Singh said, even though the bar is shut, they are still paying out for the maintenance of the website and insurance payments, as well as keeping the coolers running to maintain the beer barrels.

In January, the Supreme Court ruled that 10% of insurance policies held by businesses in the hospitality sector would be liable to pay out but Mr Singh knows that unfortunately he is part of the 90%. 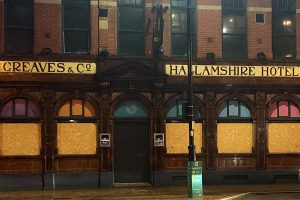 Bloo 88, and many other Sheffield licensed premises, are relieved to hear they have been let off council tax for this financial year and it is hoped Chancellor Rishi Sunak will extend this for another twelve months.

However, despite these stories of difficulty within the night-time sector, there are fortunately some businesses that have been able to weather the storm.

Tiger Works bar, a popular student haunt on Sheffield’s West Street famed for its £5 round, has managed to stay afloat. 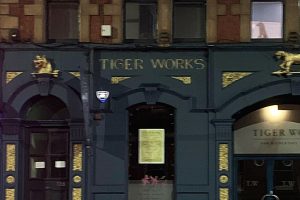 Joanne Zsirai, Tiger Works’ manager, feels that the business has coped well despite the problems of operating during a pandemic but admits that the UNIGHT campaign remains a very pertinent one.

“We have been fine, it’s a good business and we have been able to manage financially.

“I think [the appeal] is important as, although we have been OK financially, not everyone is in the same position and there’s only so long businesses can survive without any income.”

Back in July, Mark Hobson, the managing director of Corporation nightclub, told the Sheffield Star about the need for a potential ‘night tsar’ for the city region, like that of Greater Manchester’s Night-Time Economy Adviser, Sacha Lord.

Ms Zsirai, however, does not necessarily think that this is what Sheffield needs. “I think it’s important that there is somebody ‘fighting our corner’ as the hospitality industry has been made a scapegoat for the spread of the virus, unfairly so in my opinion.

“However, I’m not sure that this is something that is needed on a permanent basis. I feel that the relationship between the council licensing department, licensing police and the night-time economy workers is managed well with the monthly UNIGHT meetings.”

Despite a glimmer of light at the end of a long tunnel, UNIGHT are still fearful that if business rates are not cut, many premises will go under.

But as the nation’s collective dream of pubs and bars re-opening grows ever closer to becoming a reality, there is hope that an upturn in the fortunes of the places we hold dear after a difficult year is just around the corner.