Sheffield’s ‘I Love You’ Bridge: The Link Between Graffiti and Community

When Jason Lowe sprayed his unconventional proposal to then-girlfriend Clare Middleton across a concrete walkway 130 feet in the air, he probably didn’t expect that it would still be provoking passionate debate almost two decades later. But Lowe’s public display of affection – the straightforward yet powerful message, ‘I Love You Will U Marry Me’ – has become firmly embedded into Sheffield’s cultural tapestry since it first appeared in 2001.

From its spot overlooking the city on the Park Hill estate, it has inspired several musicians; Alex Turner of the Arctic Monkeys has performed live wearing a T-shirt bearing the message, whilst Doncaster artist Yungblud and Sheffield band the Crookes have both paid tribute with their songs ‘I Love You, Will You Marry Me’ and ‘The I Love You Bridge’ respectively.

It should come as no surprise, then, that its removal on January 7 has sparked upset and outrage – despite claims from Urban Splash that it will be reinstated.

“I’ve always been really emotionally invested in the story of the I Love You Bridge,” said Beth, 24, who has lived in Sheffield since she was 18 months old. She calls it a “genuinely tragic piece of local history,” referencing the graffiti’s unhappy ending; Lowe and Middleton did not end up getting married, and Middleton passed away in 2007 aged just 30.

“It was so much more than just spray paint on bricks, and I think there’s lots of people in the city who will miss it.”

The fierce reaction to the message’s disappearance raises important questions about the role graffiti can play in shaping a community.

Most of the messages that we see in public spaces are either instructions from the government, or advertising from businesses. It is hard to imagine such indignation over the removal of signage from the local council, and there is overwhelming research that most adverts – despite being expressly designed with the hope of cultivating a positive emotional connection – in practice do little more than really get on our nerves. What is it about graffiti that inspires and unites us in a way that other public messages simply cannot? 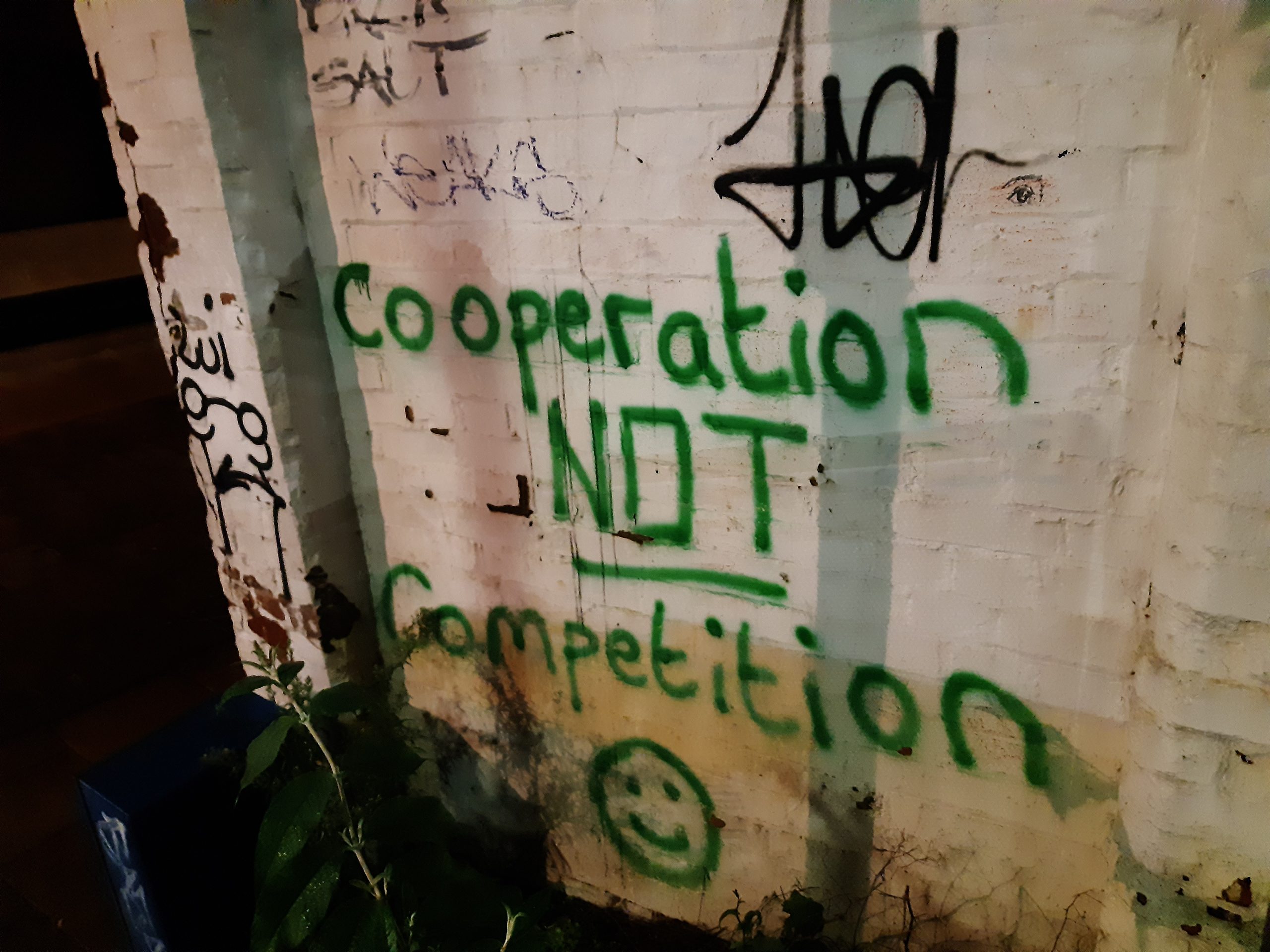 “Graffiti messages are from peasants, essentially,” said an anonymous source involved in the South Yorkshire graffiti scene who did not want to be identified. “Government messages are from the rich. Their goal down the line is to make money. A peasant’s message is to spread just that.”

The crucial point here is authenticity. “Graffiti writers are in it for the buzz of being anonymous,” the source explained, suggesting that not only was this the source of their appeal – anonymity forefronts the message and side-lines ulterior motives – but also threatens the dominance of the Powers That Be in public spaces. He recalled his time in New York, noting that adverts only started appearing on the sides of trains after graffiti artists began spraying them.

The anonymity (and, therefore, sincerity) of graffiti was, for him, key to its value. Artists who sprayed to make a public name for themselves – abandoning anonymity – represented to him the all-important distinction between graffiti and street art. He was highly critical of the latter; “street art is mostly pretty pictures that are deemed acceptable by Karen who works a 9-5 at the opticians.”

Precisely what prejudice my source had against opticians is not clear, but the basic sentiment certainly is. By invoking the popular Gen-Z insult ‘Karen’ – a small-minded, pro-establishment, middle-class suburbanite – he suggests that graffiti can influence communities by providing an authentic counterpoint to the corporate and governmental messaging with which public spaces are otherwise littered. 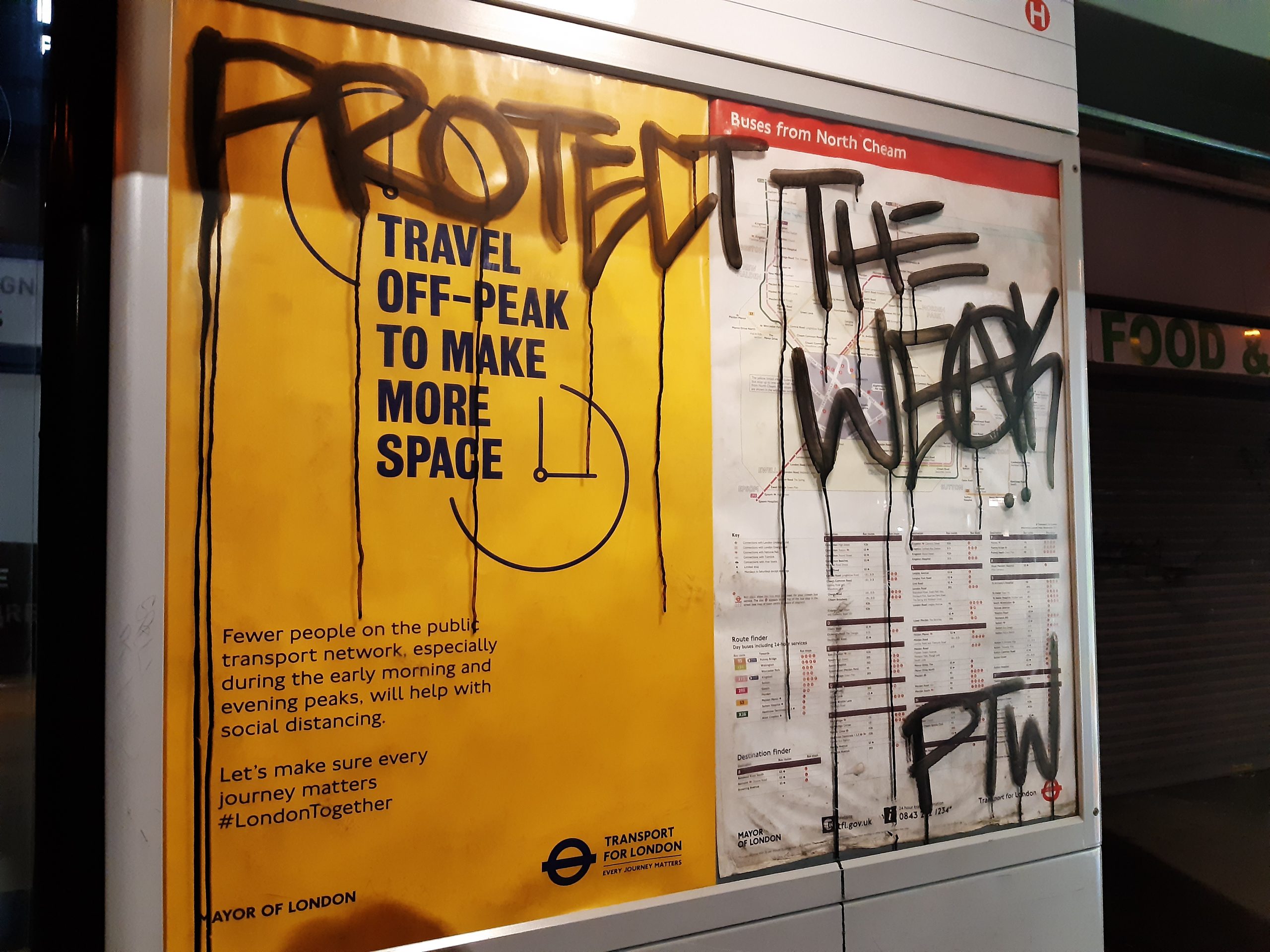 Knapple is a prominent graffiti artist from Norwich with direct experience of her art contributing to community wellbeing. Last year, she created a Black Lives Matter mural which was painted over by the local council, apparently due to a clerical error. Did she mind?

“No. It got people talking,” she said.

“There was a family who moved from London to Norwich, and they asked someone I know to tell me thanks for doing the BLM graffiti, as it really helped them to see that people in Norwich cared about the movement.”

Authenticity cropped up again as Knapple praised graffiti’s ability to give a voice to people without access to traditional methods of displaying their work.

“It’s such a good platform for getting out your thoughts and feelings – anyone can do it.”

She recalled the first piece of graffiti she ever saw sprayed on a wall – the curious allegation that ‘S.Hewitt is a hour.’ Despite the incorrect spelling and grammar (she suspects the author may have meant ‘whore’) Knapple still found it intriguing.

Knapple’s own graffiti has a very clear mission statement.

“I want to spread something positive – let’s focus on the good stuff, the positive stuff, the self-love.”

The ‘S.Hewitt’ message may have been formative, but she rejects the idea that graffiti should be used as a way of attacking something.

“You know what you’re against – what are you for? Get some vision. What do you want? That’s how you change the world,” she said. 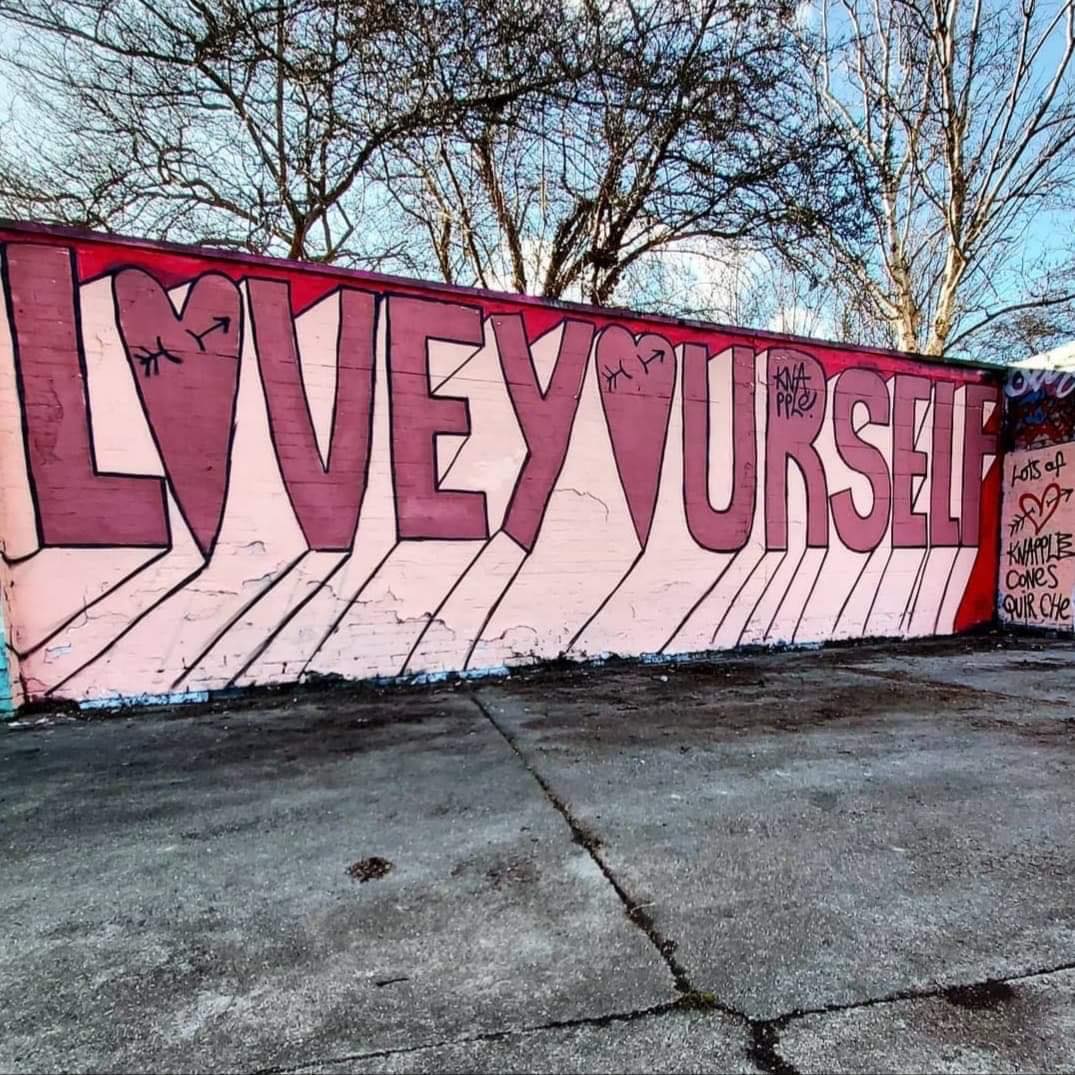 “It’s the law of attraction. If you sit around thinking negative thoughts all day, the universe brings you more of that. I want people to be walking past and feel something good. I might do it as a joke – ‘be positive, ya c*nt!’ – but negativity breeds negativity. Positivity, surely, breeds positivity!”

If the enduring power of – and outpouring of support for – the ‘I Love You’ graffiti is anything to go by, Knapple is absolutely correct. Authenticity is undoubtedly an important part of graffiti’s role, but so too is positivity. Just as it’s unlikely that removing an advert would raise community anger, would anybody care quite as much if Lowe’s message was a hateful one? The simple, slightly corny, but entirely heartfelt declaration of love lit up the surrounding area with its sheer, earnest optimism. The Park Hill Estate, and indeed, the whole of Sheffield, would certainly be worse off without it.