From QT to Queer Icon: How SOPHIE Broke New Ground in Pop Music

It all started with a mystery. The track ‘Hey QT’ dropped on YouTube in the autumn of 2014. Nobody knew who was behind it. The artist was listed as QT, and the music video was presented as a strange mix of commercial product placement and a hyperactive sci-fi short film. Later, it was revealed that the people behind the song, which had gone viral, were American vocalist Hayden Frances Dunham and PC music-affiliated producers A.G Cook and SOPHIE. The track was given the Best New Music award by music site Pitchfork.

In January, SOPHIE, 34, real name Sophie Xeon, met an untimely death after falling from a rooftop in Greece, climbing to the roof of her apartment claiming she wanted to “watch the moon.” The incident sparked many tributes on social media and in the online press, both from her fans and people who had worked with her. Bold and unapologetic, SOPHIE was an icon to younger generations who grew up with the internet and the fringe communities fostered by this. The internet was SOPHIE’s domain: she knew how to use it, and it was how she connected with her fans, regularly posting about her music and calling attention to various political causes, like the Black Lives matter movement.

For a long time, little was known about SOPHIE. Although she was creating a buzz online, she left much of her personal life hidden. By the time Hey QT’s identity was revealed, she had uploaded tracks to YouTube under her own moniker. It took some time for the general public to notice she was affiliated with the song, but after it propelled her to fame, her true identity was eventually revealed.

In 2017, SOPHIE came out as transgender just a year before her debut album, Oil of Every Pearls’ Un-Insides, was released. Although this was just five years ago, it was a different time for trans people: there were people who had transitioned and publicly come out as transgender, most notably Lana and Lily Wachowski, the creators of the Matrix franchise, but it was a time when doing so would result in it being brushed aside by the media. The two sisters came out in 2012 and 2016. Given that, SOPHIE did so in a flux period, during a period in which it was not quite as readily acknowledged, but was getting there, albeit slowly. 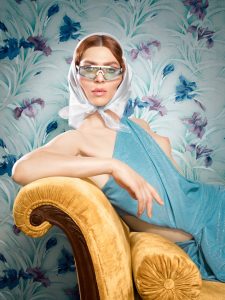 On top of being a talented musician, SOPHIE was looked up to by the community and became a beacon for trans people. Although trans visibility has increased in recent times, the issues they have faced have increased simultaneously: in the past year, several high-profile celebrities like J.K. Rowling and Graham Linehan have been condemned for spreading anti-trans rhetoric on Twitter, with the latter being banned from the platform.

Her work, particularly on her debut album, was specifically about trans issues, and fought against transphobic viewpoints, and she did so while working with some of the most well-known people in the industry, including Charli XCX, Kim Petras, and Madonna. She paved the way for a new sound of pop. At this point, her otherworldly, experimental style has become inextricably linked to people who are working at the cutting edge of the genre.

To understand her influence on wider music culture, you only need to look at the obituaries of her on social media written by both fans and other musicians. Gus Bonito, producer of the Electro-Pop band Kero Kero Bonito, wrote: “Her music is righteous: a total vision of what pop could be if we embraced technology, each other and our truest selves. She was occasionally misunderstood by the music press at first, but true ability is stronger than that; she proved that this music was here to stay.”

A leading figurehead in the trans rights movement, SOPHIE was a well-known public figure and an inspiration for the trans community. Jack Cullen, an East London publicist, said: “She was a fantastic trans role model, playing a role not just in trans narratives and rights, but finding recognition in the music industry and being known for what she could do as well as who she was. When we look at women’s rights or gay rights or civil rights, often individuals have to almost prove (unfairly) to straight society that they can be best at something in order to demand acknowledgement – be that a female pilot, a gay comedian, a Black tennis player, etc, and SOPHIE was doing that with top level production, it was like her name had the same currency or clout as Diplo or Max Martin or Timbaland.”

Up until the end, SOPHIE was constantly pushing musical boundaries, and this is perhaps most true of the final track on her debut album, ‘Whole New World/Perfect World.” The song is a speedy, kinetic song which fills a void on the pop landscape, making more abstract electronic production stylish and accessible to a mainstream audience. SOPHIE may have passed away, but the musical legacy she has left behind will continue to influence music in the coming years.