Ashoka has been on a journey to the top. From being a small curry house on Ecclesall road in the 60s, to ranking sixth on the Times’ best Indian restaurants list last year, its trajectory has been impressive. Only five restaurants separate them between the number one place, with the top spot currently occupied by The Chilli Pickle in Brighton.

Hospitality businesses have been faced with a worrying time during a bleak winter lockdown. However, current owner, Rahul Amin, 40, is relaxed about the Indian cuisine and looking into Ashoka’s history, it’s clear why.

In the 60s, Ashoka founder, Kamal Ahmed, arrived in England from Bangladesh at the age of 18. Richard Jones, 54, one of Ahmed’s former employees, noted that his passion for food was there for everyone to see.

Jones said: “He started off with three pounds in his pocket after arriving in England from Bangladesh. He got a job, working in Indian restaurants across London, spending five years learning his trade.

Ahmed used to sit for hours in the Savoy Hotel, monitoring how the waiters laid tables and what they wore. His love for royalty and etiquette stemmed from this period.

Ashoka dictated high standards and quality, aiming to appeal to the more discerning individual. Jones claimed: “It managed to keep beer-swilling customers away through pricing”, and this was the result of the owner wishing to distinguish his restaurant from the dozens of other Indian restaurants on Ecclesall Road. “These were sub-standard and cheaper, something Kamal wouldn’t entertain”, says Jones.

When asked about the previous owner, Amin, 40, said: “He was a peculiar man, obsessed with a ‘royal-style’ service. All the menus were handwritten in calligraphy. There was nothing but silver cutlery made in Sheffield. He also used to import specialist wine from independent vineyards in France. At the time, no one did that. It’s fascinating”.

Kamal went on to found Mogul Foods, a curry factory making frozen and chilled pre-packed curries to sell to supermarkets such as ASDA and Waitrose, based at the Parkway Industrial Estate in Sheffield. The business later went into liquidation.

Ahmed also sold a share he had in Mogul Rooms, now known as Dore Grill, Sheffield. 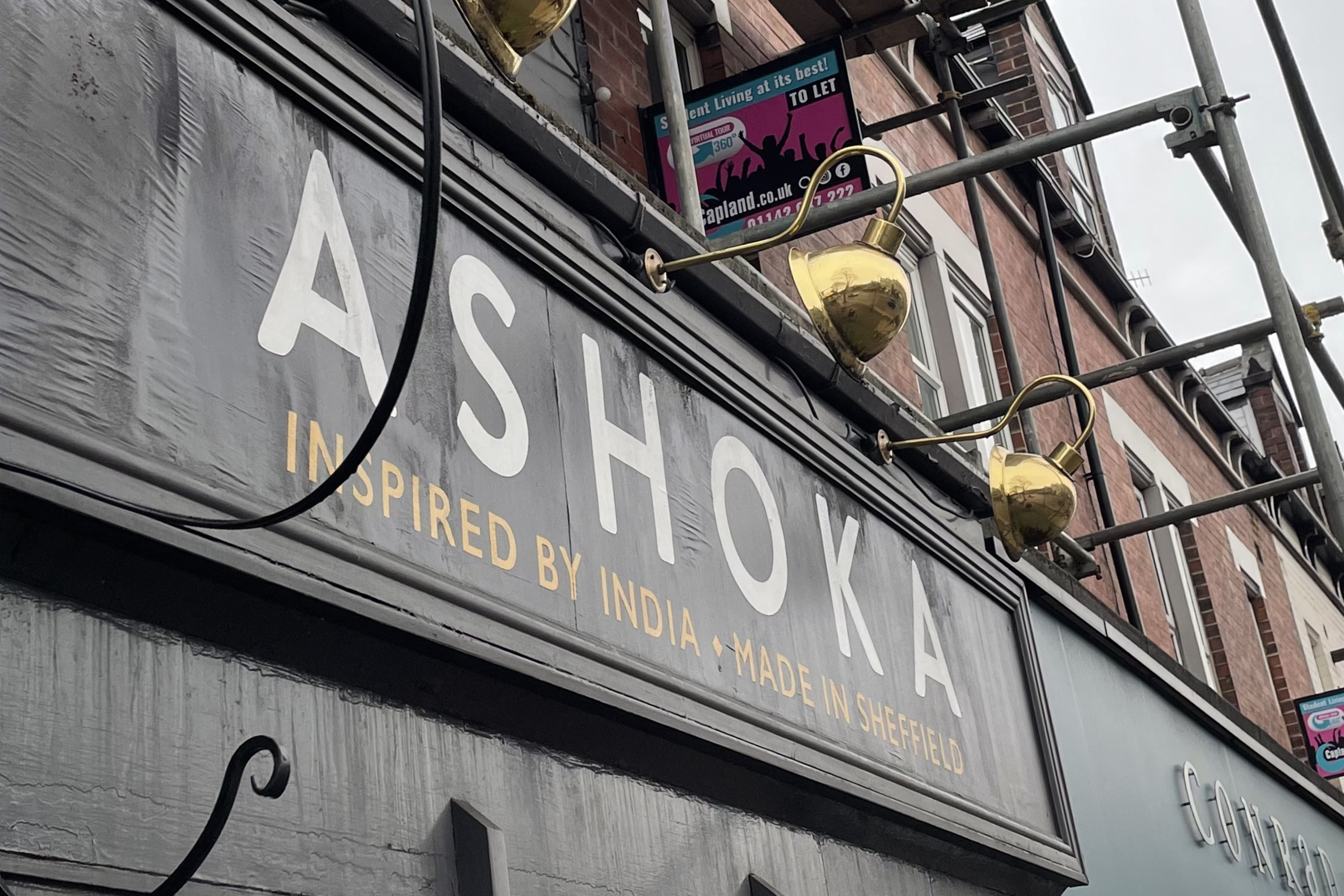 The relationship between the two seemed respectful. Rahul was aged just 23 when he decided to buy the company in 2004, a first time business buyer. Despite a fruitful introduction, Amin soon realised the scale of the job. The two ended up being great friends until Ahmed’s death in 2017.

“When I first went to Ashoka, Kamal wouldn’t let me in because of my attire”, he said.

“I couldn’t do anything differently because of the legacy Kamal had created. Customers had been used to him for so long.

When I used to visit him, he always used to pre-make meals for my arrival. That’s the sort of bloke he was. It was very sad when he died.”

Despite having a Science and Economics degree from the University of Liverpool, Amin never had a desire to find a job in this related field. He emphasised, that he always had a love for food, which stemmed from his parent’s influence. His pathway to cooking, was similar to his dad’s, in that they both were academics, but found a way to bond through the love of taste.

“I’ve been lucky enough to go to all the Michelin star Indian restaurants, but my dad’s cooking can stand up to any of them. He’s old school, but an exceptional chef”. 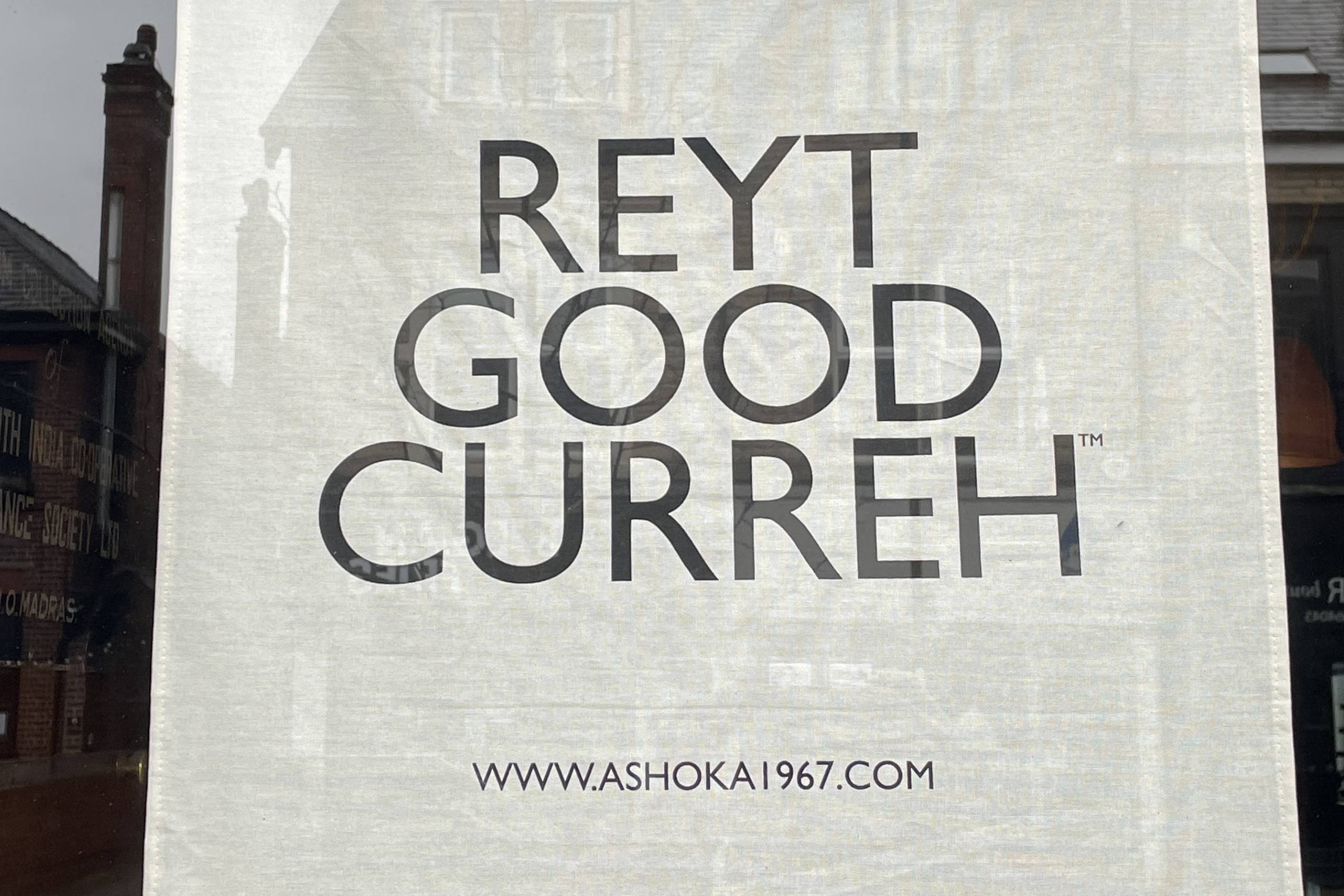 Rahul never forgot his upbringing. It was obvious, from his tone of voice, that affection arose when discussing the role of his mum and dad. If his parents weren’t used as guarantors, the bank wouldn’t lend the funds to buy the Indian cuisine. Undoubtedly, they were instrumental. As a partial payment of gratitude, home recipes such as the ‘Cricket Pakora’ were added to the restaurant’s menu.

Ashoka, as well as other Indian restaurants across Sheffield, have picked up rave reviews online from satisfied customers. In 2017, Viraaj, on Chesterfield Road in Sheffield, was named best Yorkshire restaurant of the year. From these accolades and awards, it is comprehensible why South Yorkshire has some of the best Indian cuisines in the country.

From a commercial aspect though, Ashoka has had help, notably from the famous indie band, The Arctic Monkeys. In 2018, photos circulated across social media of Rahul pictured next to lead vocalist, Alex Turner. 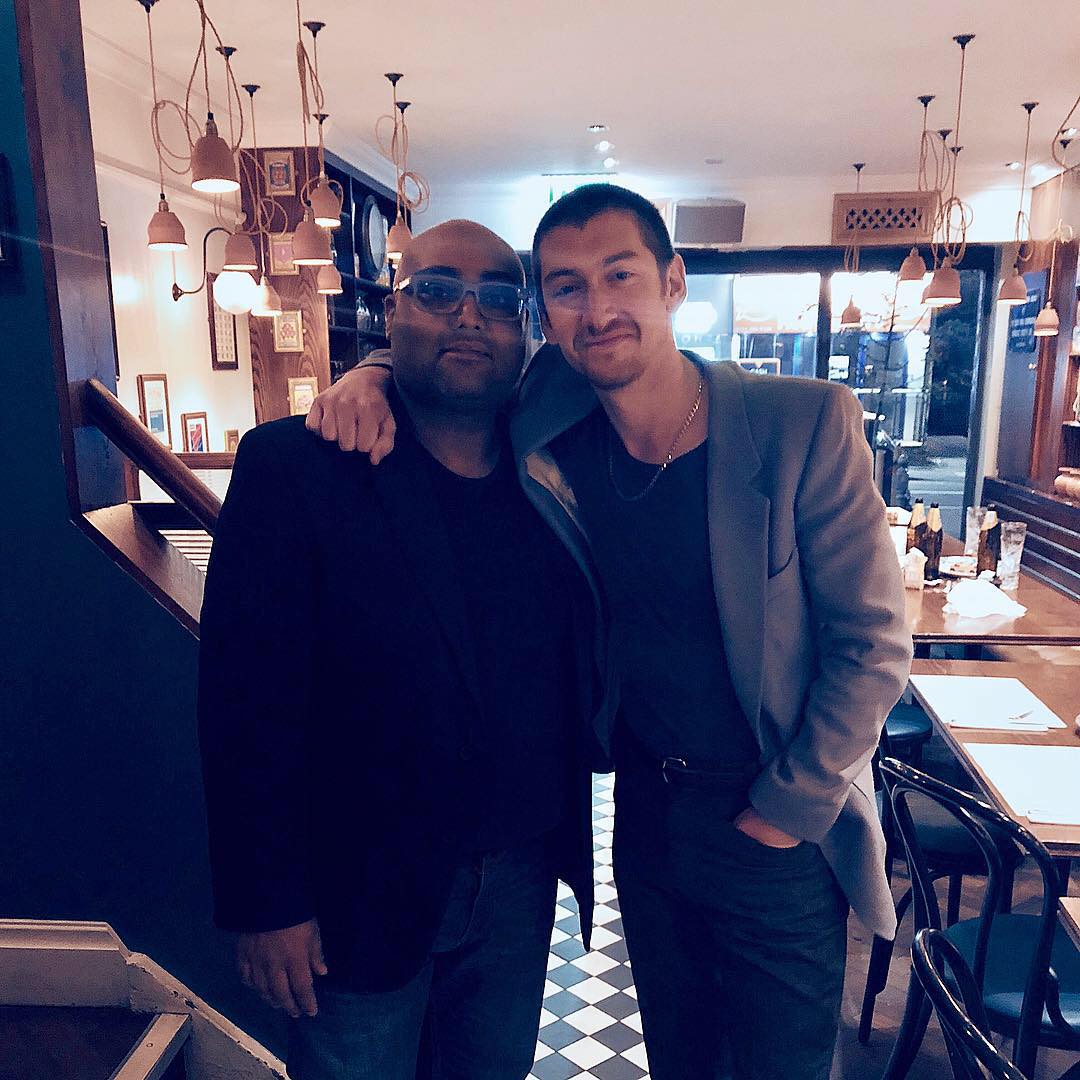 When asked about the band’s relationship to him, Rahul talked about his friendship with them, dating back before they were famous;

“They’ve been eating with us for a long time, before the fame. Their manager at the time, Geoff Barradale, was a regular, so we’d have meetings with them. 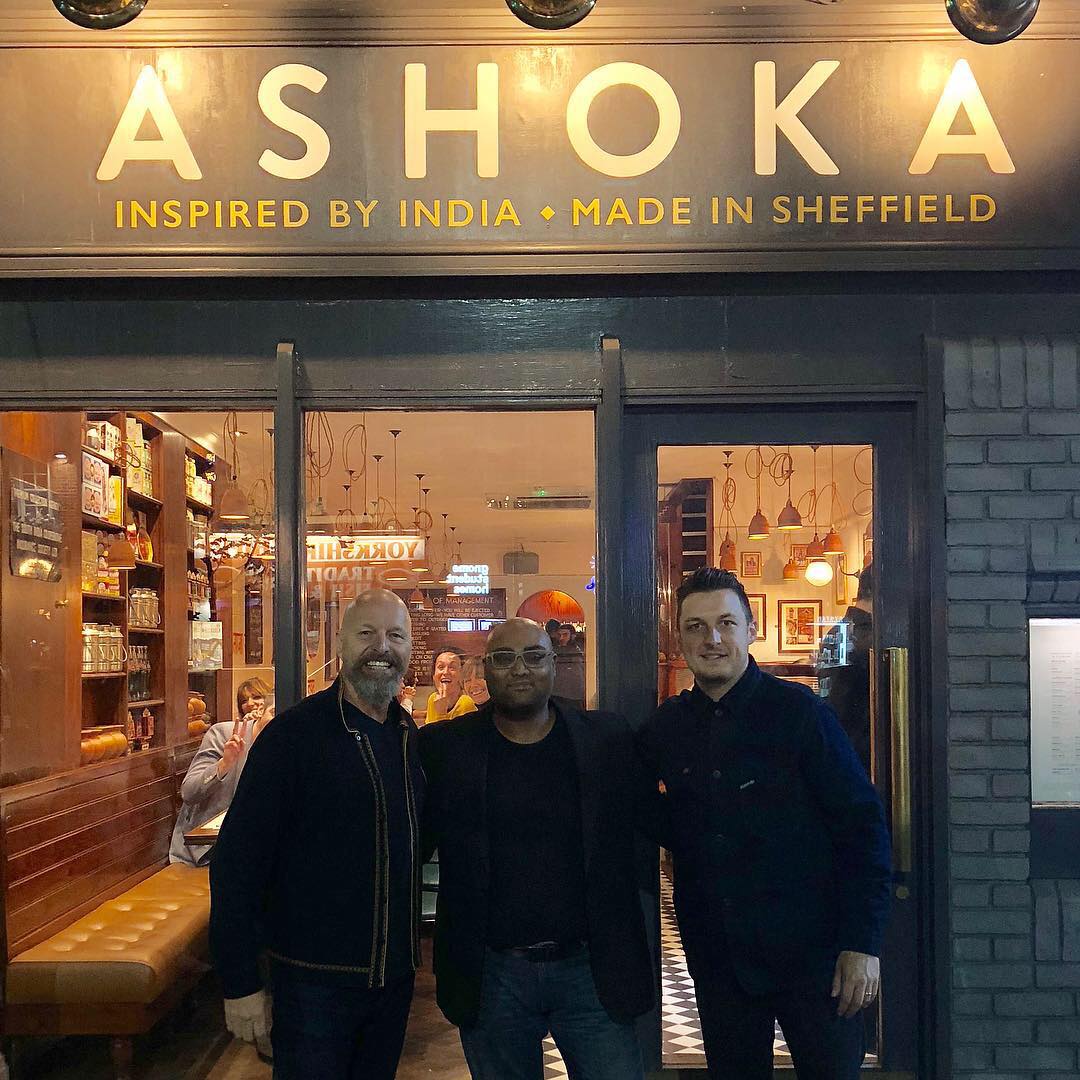 Whenever they do a tour in the UK, we’re always asked to do the afterparty food, or whenever they come back for a visit.

Nick O’Malley is still in Sheffield so eats with us regularly. But whenever they’re in town, we just get a message saying ‘can we grab a table?’ and it’s all pretty chilled and they’re great”. 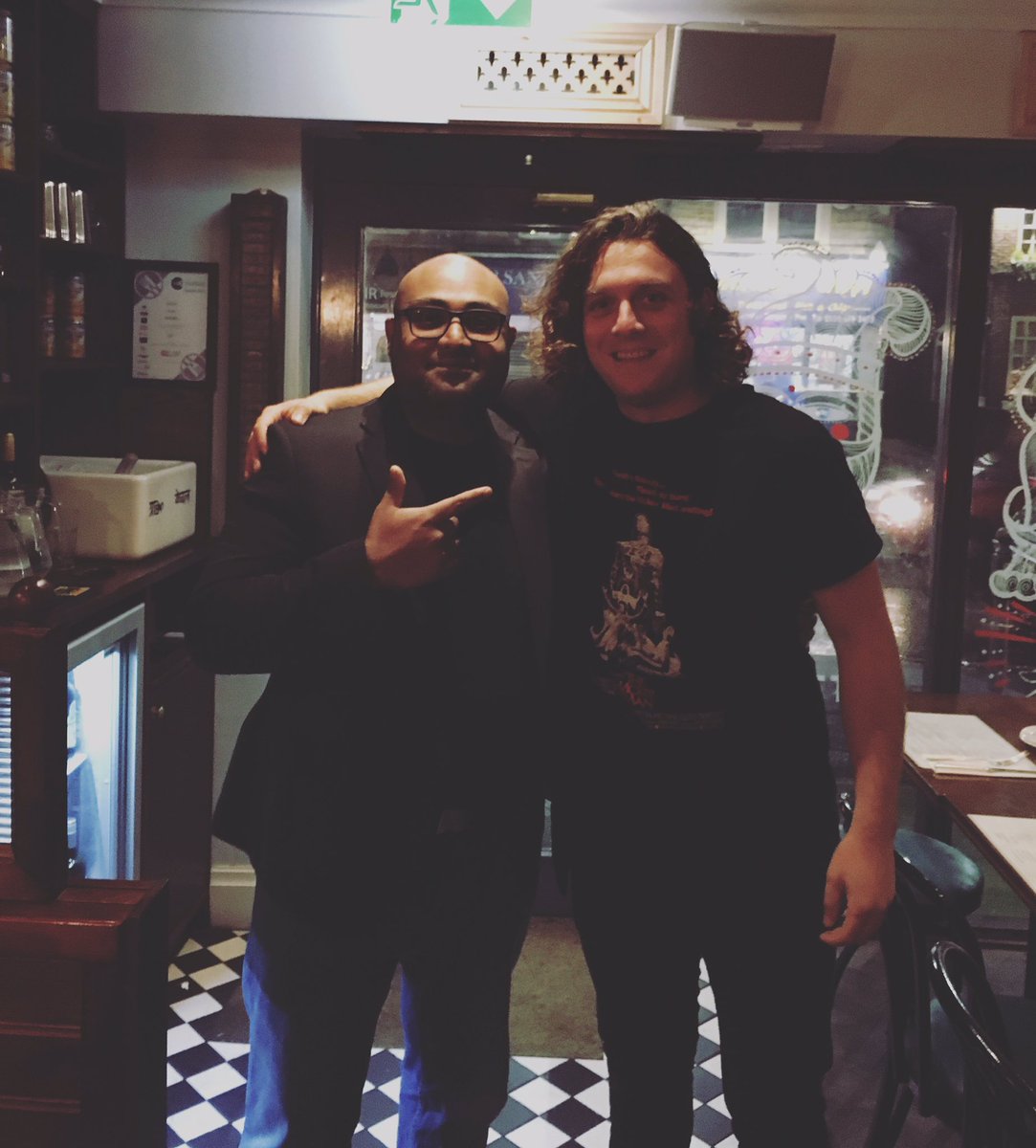 Like a lot of businesses, the lockdown has affected the normal in which services operate. All Ashoka staff have been placed on furlough, and are only running a limited menu. Despite these setbacks, Amin remains optimistic that the history of the restaurant will mean the company will always be able to stand on its own two feet.

He said: “Our legacy means we know food is about the whole experience. We’re so looking forward to seeing people return. The lockdown has affected millions, so we can’t feel sorry for ourselves. We’ve just got to get on with it, and because we have so many loyal customers, we’ll be fine.

The limited menu was created in response to lockdown. We found with takeaways, its normally quiet and then ‘BAM’, a flurry of orders. So the limited options mean we can fulfil as many orders as possible without compromising quality.”

The important aspect here is that Kamal’s legacy still lives on, because of Rahul’s brilliance. Excellence is the focal point to the succession of Ashoka. It’s why it has such a glowing reputation. It perhaps made other local Indian cuisine’s better. The long standing history means anything can be thrown at it, but the company will never come tumbling down.