MA Journalism Student at The University of Sheffield.

The alumni couples who left with more than a degree from The University of Sheffield.

Love it or hate it, love is in the air at this time of year and ex-students have shared their heart-warming stories of finding lasting love at university, reminding us all how love and learning really can go hand-in-hand. 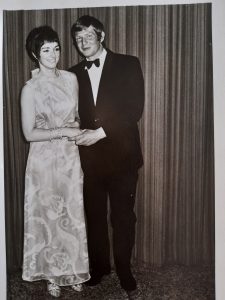 Paul and Carolyn have recently celebrated their 48th wedding anniversary since marrying two years after graduating.

Paul said: “My wife, Carolyn, and I met in first year during Geology lectures. The first time I asked her out was at the bus stop outside Crewe Hall one morning near the end of the first year!” 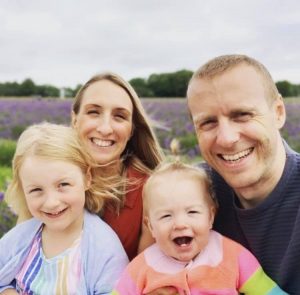 Anna and Paul, who have been ‘totally in love’ since meeting in 2003.

After ‘drinking enough to pluck up the courage’ on a Wednesday night in 2003, Anna set her sights on ‘Tall Paul’. She said: “I was dressed as a Rabbit (long story, Claire, my mate was Batman) and after a walk back to Tapton Hall he picked me a daffodil and the rest is history.”

Anna and Paul have been ‘totally in love’ for 18 years, married for seven, and now have two ‘amazing’ little girls. Anna said: “Thanks Sheffield, the place it all began.” 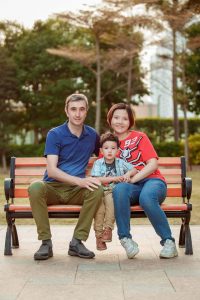 Jiameng and John also met in 2003, when ‘in a moment of madness’ Jiameng joined the University’s Chess Society as a fresher, where John was helping out while in his final year.

Jiameng said: “We found a connection when we realised we were equally bad at the game. 18 years later, we are happily married with a gorgeous son.” 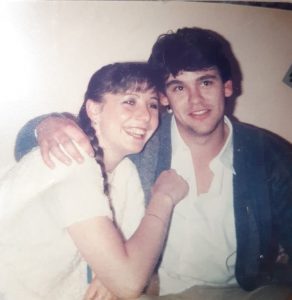 Maria and Andrew, who met in 1982 through the University of Sheffield’s History Society.

Maria and Andrew’s love has also withstood the test of time, having celebrated their 34th wedding anniversary this year. Maria said: “Andrew and I met at Sheffield in 1982. I was a first year joining the History Society and Andrew was in his final year and the social secretary of the Society.

“Our first date was at the Pyjama Jump, with Andrew wearing his next-door neighbours old night dress!”

They have two children, one of who is also a Sheffield alumni member. They have fond memories of Sheffield and visit the city when they can. 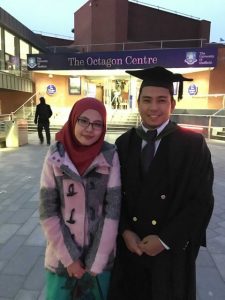 Ezza and Firdaus, who describe each other as the love of their lives’.

Ezza and Firdaus both share the story of how they met. Ezza said: “I met my husband for the first time in front of the Student’s Union during Orientation Day, but it was just a quick glimpse and I didn’t know that it was the moment where it all started.

“He secretly asked for help from his friends to get close to me. It was funny but I am grateful that I found the love of my life in Sheffield.”

Firdaus said: “The first time I saw the love of my life was when we were in front of the Students’ Union.

“Little did I know that I was going to form an eternal union with this girl.”

They said they have travelled to other countries together, but nothing beats their wonderful memories in Sheffield. They have now been married for almost five years and have ‘been blessed with a beautiful son’.

Jenny and Craig, who met in 2005 while living on West Street.

Jenny and Craig met in 2005 while both living on West Street behind the Cavendish pub. Jenny said: “He had long hair from Manchester. I was over-bronzed from the South. He came down to our flat with friends and we got the last tickets to Pop Tarts at the Union.

“Fast-forward 16 years and we are the proud parents of a boy and girl. Thanks Sheffield – and all our Uni friends who were a big part of our wedding!” 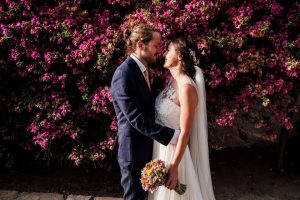 Helen and Joe also thank Sheffield for introducing them to each other and to many of their closest friends. Helen said: “I met Joe in our first year at Sheffield in 2005, though he claims not to remember meeting me. He lived in Oakholme Lodge and I lived round the corner on Endcliffe Avenue.

“We became housemates in second year and finally got together after a night at Kingdom, just before the end of the year.

“I went off to Valencia for my third year abroad, but it didn’t stop us and we’ve been together ever since!” 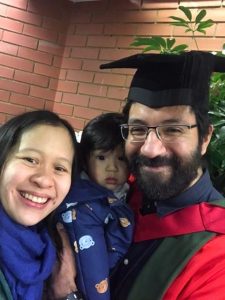 From opposite ends of the Pacific Ocean, Monica from the Philippines and Bernardo from Chile met in Sheffield through a mutual friend looking for housemates. They soon discovered they actually lived right across from each other in Ranmoor. Monica said: “We soon bonded over walks in the Peaks and discovering Sheffield together.

“We got married last year, finished our PhDs, and had a baby! Thank you, Sheffield, for helping us meet. You’re super!” 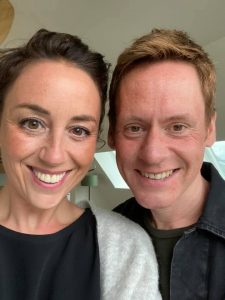 Hayley and Gavin, who met at a party outside Woodvale flats over 25 years ago.

Hayley and Gavin met almost instantly, on the second day of their first year at a party outside Woodvale Flats where Hayley was living.

Hayley said: “Many nights spent dancing at Stomp. Still going strong with nearly 25 years of love and friendship. Here’s to the next 25. Thanks Sheffield.” 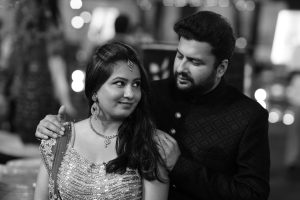 Kriti and Sambit, who married in India in 2015.

International students Kriti and Sambit also found love in Sheffield, while studying for their master’s degree. They had known each other before coming to Sheffield, but said:

“It was our year at Sheffield that brought us closer through our shared experiences – be it staying away from home, cooking meals together, working on assignments, even experiencing snowfall for the very first time, or just walking from our halls in Ranmoor to our lectures.”

They said Sheffield will always be ‘special’ for helping them ‘discover their love for each other’. They married in India in 2015 with a traditional Indian wedding.

MA Journalism Student at The University of Sheffield.

The Labour candidate was announced the winner in the English Institute of Sport this evening. He beat out fellow...