A mother’s two young children were forced to watch as she was punched so hard by her former partner that it burst blood vessels in her face.

Daniella Parker, 28, from Woodhouse Mill, Sheffield was assaulted in her home by Joe Barratt, 29, of Birklands Avenue, Sheffield, on 1 November 2020.

One of the children, aged just seven years old, was also assaulted by Barratt after he had been out drinking that evening.

Ms Parker said: “What happened to me and my daughter was horrendous. He subjected me to a vicious beating until I couldn’t get off the floor and made my then seven-year-old daughter watch whilst she pleaded with him for my life.

“My injuries meant I struggled to do basic things like care for my two young children who were seven and one at the time.

“A young child shouldn’t have to see that. My two children have had to see their mummy relive what happened and go through the criminal justice system.”

Barratt admitted assault occasioning actual bodily harm against Daniella and assault against his daughter on 9 November and is due to be sentenced at Sheffield Magistrates Court in January 2022. 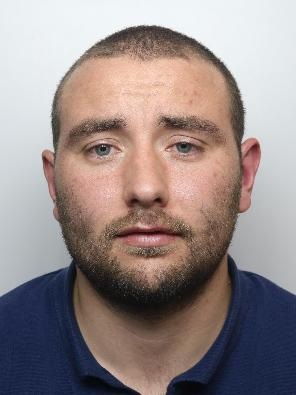 “If you are worried about a loved one or someone you know, report it to us. We will listen.”

The police can be contacted using 101 or 999 in an emergency. Domestic abuse can also be reported online via www.reportingcrime.uk/SYPDA/